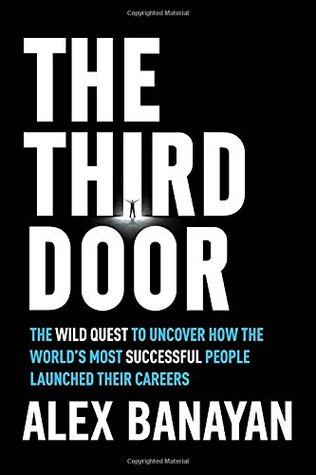 The larger-than-life journey of an 18-year-old college freshman who set out from his dorm room to track down Bill Gates, Lady Gaga, and dozens more of the world's most successful people to uncover how they broke through and launched their careers.

Every person I know that has read this book finishes it in one sitting. It's awesome, fun, motivating, inspiring, and filled with useful ideas. Any person with at least an ounce of ambition should probably read it. The first time I read it, I wrote this article. The second time, I made these notes.

Spoiler Alert--There Are Some Spoilers Scattered In These Notes

1 - Staring at the Ceiling

Step 2 - Run Down The Alley

"Nobody achieves a dream from the comfort of certainty."

Quick Anecdote: I only was able to get my interview with Howard Lindzon (Angel investor behind companies like Robinhood and Wag!) because of this principle. I just told everyone I know about the podcast, and someone said that's awesome, let me ask my uncle (who ended up being Howard) to come on. It is serendipity. It only happens if you share what's going on with you.

5- Crouching In The Bathroom

Alex reads The Four Hour Workweek by Tim Ferriss. It blows his mind.

Alex reads The Four Hour Body by Tim Ferriss. It blows his mind.

Alex tries to contact Tim Ferriss through a connection from DonorsChoose

I recently found a similar quote in The Four Hour Body, and it is a similarly motivating concept.

"Beyond the very extreme of fatigue and distress, we may find amounts of ease & power we never dreamed ourselves to own; sources of strength never taxed at all because we never pushed through the obstruction" - William James

Step 3- Find Your Inside Man

Subject line was pretty good: Mr. Bisnow--I could really use some advice from you

Borrowed credibility: "I'm truly humbled by the people who have already jumped on board for this mission--from Microsoft president Qi Lue to author Tim Ferriss."

ONE SPECIFIC ASK: "it would be unbelievably helpful to get some guidance from you on the topic of: How did you effectively bring all these luminaries together behind a single vision?"

When it's in front of you, make your move

10- Adventures Only Happen To The Adventurous

11- Bite Off More Than You Can Chew

"The best cure for nervousness is immediate action"

12- That's How You Do Business

"Society feeds us this lie that you need to do x, y, and z before you can achieve your dream. It's bullshit. The only person whose permission you need to live an exponential life is your own."

Step 4- Trudge Through The Mud

Some tips and thoughts from the pro's

Alex realizes that all of his big "yesses" came from in-person interactions.

Alex arranges for a 5-minute in-person meeting with Bill Gates' chief of staff. In the meeting, Alex convinces the chief of staff to let him interview Bill.

Alex reads up on Bill Gates and shares some details on Bill's life. He prepares for the interview and asks Malcolm Gladwell for advice.

32- Sitting Down with Death

Alex interviews Jessica Alba. They talk a lot about cancer. So many products at the store are really bad. Many common household items can cause cancer because of the dangerous chemicals in them. That motivated Jessica to create natural home products that don't slowly kill you.

Quincy helps Alex realize how "you have to cherish your mistakes." This helps him cope with the Zuckerberg mishap.

Alex's friend Matt (who he met in an earlier chapter) introduces Alex to Lady Gaga. Alex ends up helping Lady Gaga prepare for multiple interviews and keynote speeches because he studied her work so well in preparation for meeting her.

Alex reflects on the journey